The WordPress.com stats helper monkeys prepared a 2015 annual report for this blog.

a big thank you to my readers and commenters. Especially since I did nothing this year except for in December. I closed Facebook and will be here more often for 2016+. I look forward to talking with you all in the near future.

A New York City subway train holds 1,200 people. This blog was viewed about 4,900 times in 2015. If it were a NYC subway train, it would take about 4 trips to carry that many people.

I enjoyed it immensely. It’s a gorgeous film. I like how JJ continued the story line and thought it was good work. The characters were great. The effects were stunning. There may have been one lens flare.

I would be interested to see what he would do to it as a reboot like Star Trek.

First, watch this video for a cute overdose.

Interspecies friendships are just as incredible and awe inspiring to me as staring at the stars through a telescope. A lot of life is kill or be killed. Life is as cold and uncaring as the vacuum of space. But somehow things like this happen. Granted, in this case the tigers are cubs and I am certain the scenario would not play out the same with an adult tiger. Even human trainers keep a cautious eye out for adult tigers they have raised. But you can find countless examples of friendly interspecies relationships with a simple YouTube search.

My fascination with it began with watching my dogs. I’m 40 and had never really watched them or thought about it until the last year. I finally noticed that my dogs know each other and shared moments of cognizant recognition. I noticed the moments that my dogs and I shared with eye contact and cooperation to grant one another’s wishes. When we only had one parakeet, the same mutual recognition was there as well.

After realizing this connection, I realized something was wrong with theology. Considering the reality of choosing another human over an animal, or choosing my own family over another human, who am I to believe that humanity is so special and more deserving of divine attention than any other form of life? How could I think that humanity had any more value than anything else alive? The main difference between us is our convenient link between our intelligence and having the right appendages to manipulate our environment.

Every bit of life has some value. Even if it’s too gross, annoying, or killie to appreciate in the moment.

I realize this reads like some kind of hippie literature from the 60s, but I promise I’m not under the influence of anything other than air and some coffee. The wonder of life getting along where we think it shouldn’t is incredibly awe inspiring and it is difficult to communicate.

It’s a shame that some people spend their entire lives thinking they’re better than everything else, wondering over the love of an invisible sky god. They’ll never have a chance to enjoy the pleasure of just being a fancy ape sharing this wet, rocky ball that spins around a gigantic ball of fire.

I think I’m doing a write-in vote for 2016. If you want a wallpaper for your phone you can download it here.

I have not seen the film yet, and I figured this would be a good way to describe my current state. I’m taking my sons to see it this coming week.

After the lively discussion I had, I wanted to get my feet wet with some bloggers. Being as easy as it is to find content on WP, I searched for a few minutes and then found this post: To Those Who Say There is No God. It seemed as good as any to dive into, and I opened with the following:

I grew up “spiritual” with no religious training other than the random christianity events for holidays. As an adult, I became a Christian, then got into messianic christianity. Then I rejected christianity and became a Jew. Then I rejected that too. I can’t say with 100% certainty that there is no god, but I’m about as certain as saying there probably aren’t unicorns either.

Ultimately, it was my incessant needs to have questions answered. Religion couldn’t answer them. I found the natural world to provide a better source of understanding the world than a sky man watching me.

It seemed to me this was a fairly tame comment. Also, I’m especially fond of Richard Dawkins’s “unicorn, elves, fairy” comment and was looking for a chance to use it.

I found the site’s owner, Victor, to be pleasant. But then, this other person stepped in – Freedomborn! – which is pretty much where everything went to hell.

So what Proof have you got Jason that there is no God, have you died and come back and so can be so certain there is no God or Heaven or Hell or are you just going by hearsay and your own understanding, as Christians we do have Proof.

I’ll save you the drudgery of posting that mess here. You can do that if you feel like it. My conclusion from the experience is that religious people (Christians in this case) have problems believing some very basic facts, like facts based on history for example. Coincidentally, history was also a problem for the gal mentioned in the previous post.

After going through the whole experience for several comments I grew tired of it, realizing it was like talking with a dog. Which leads me to the question, in a roundabout way, but I’ll get there…

All of my debates and with various religious people in the past were useful because I used the Bible and spoke with them around a common authority. But now I speak to people from a different reference point, like when I would talk with Christians about Judaism – it’s nearly impossible because it centers around Jesus and their interpretation of the Tanakh as it relates to the New Testament. Unless you can get them to speak from a common reference point, there’s not going to be any eye-to-eye discussion.

Is it then worthwhile to talk with Christians about atheism? I enjoy discussing religion – it’s still probably one of my favorite topics – but is it worth it to engage? When you can’t discuss with someone about simple things like historical facts and fossils that anyone can view at their local college/university, how do you have a discussion? What has your experience been?

Last week I got into a conversation with someone about religion. She was a woman of faith and the conversation sprang up when she overheard me saying I am an atheist.

It was the first time I’d spoken with a religious person about my loss and lack of faith. The woman was not only faithful, but the worst kind of faithful. The kind that thinks God talks with her every day, and the kind that thinks you cannot trust the words of man. The same kind that I used to be.

There were a couple of amusing moments though. The “You can prove gravity” discussion was used when she argued something about “words of men that can’t be trusted”. “Walk off the roof of the building (4 stories) and see how it goes. Prove god is real by asking him to suspend that law for you.” Which she replied “that’s just like Satan tempting Jesus in the desert!”

But I particularly enjoyed the following exchange:

Me: You think God talks to you?

Me: What if he told you to break the window and jump out of the building?

Me: That’s the kind of thinking that makes people fly planes into buildings.

I decided a few days after this that I did need to talk with religious people more. When I became a Seventh-Day Adventist Christian I spoke a lot with non-christians and also christians of other faiths and became very knowledgable, confident, and capable within that expression of faith.

When I left Adventism to practice messianic Christianity (I refuse to call it Judaism due to its use of voracious lies and deception), I did the same thing again. I again became very knowledgable and confident in that expression of faith. And it was added to what I had already learned – there was little to unlearn.

When I left Christianity to become a Jew I engaged with others again. Wash, rinse, and repeat. In spite of my loss of faith, I still remain comfortable within the identity of Judaism.

Now, that I have been an atheist for probably over a year now, I think it’s time to start the process again. 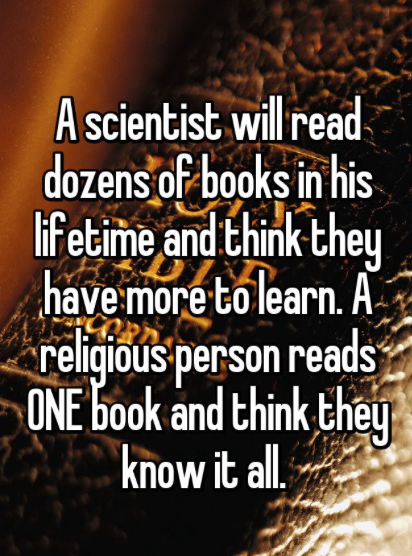 I especially enjoy the jet coming in from the top left.